50%
Tweet
Canada’s major banks, telcos and IT companies are all neighbors in Ontario, and have been quick to partner on mobile payments solutions. 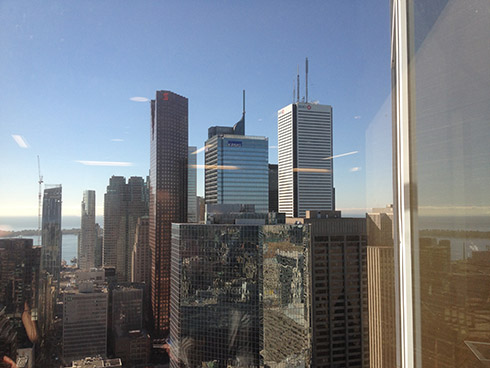 MasterCard ranked Canada the second most well prepared market in the world for mobile payments adoption last year (Singapore was no. 1). A big reason for that is the density of mobile payments players located here in the Greater Toronto Area in Ontario, where I am touring the ongoing development of the mobile payments ecosystem.

Simply put all the companies in the mobile payments industry here are neighbors, and seemingly friends. Toronto is the headquarters of all five of Canada’s big banks, as well as its three major telcos, Rogers, Bell and Telus. It is also the epicenter of Canada’s IT industry; Ontario is home to 50% of the industry’s GDP.

“Payments used to be an industry onto itself. But now with mobile payments you need collaboration [between different industries],” David Wai, a senior sector advisor at the Ontario Ministry of Economic Development, Trade and Employment, said during his presentation.

The proximity of all of these industries in Canada seems to help foster that collaboration. Everyone we spoke to emphasized how easy it is to meet with other companies in the industry, some of them just a five minute walk away form each other.

And everyone we spoke to recognized the need for ubiquity if mobile payments are to take hold in Canada, emphasizing that the only way to do that was to form partnerships and open-loop solutions. For instance, EnStream, which is owned by the three major telcos in Canada, provides a central hub that any card issuer can utilize to get their card credentials on the handsets and networks of any of the major mobile carriers. And EnStream and the carriers never see the card credentials, Almis Ledas, EnStream’s COO, told us. Compare that to Isis, which asks the issuer to provide the card credentials and then manages the credentials on the issuer’s behalf in the wallet.

In the U.S. mobile payments ventures like Isis and Google Wallet have had a very difficult time forming necessary partnerships. Not so in this neighborhood up north.

[To hear how companies are Making the Most of Enterprise Mobility, check out the session at Interop on October 3.]