Tweet
As Bank of America's top global technology and operations executive, Cathy Bessant oversees the infrastructure that makes the bank hum. Whether it's pursuing efficiency, streamlining operations, cutting costs or reducing risk, Bessant and her team support it all. 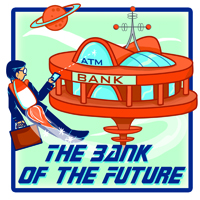 Like most banks today, Bessant says, Bank of America is heavily involved in mobile innovation. "We're thinking a lot about mobile devices and innovating in the mobile banking and online banking sectors," she relates.

But, Bessant adds, even though mobile banking is on the rise, it still has been adopted "by a relatively small percentage" of Bank of America's customers, especially in the corporate space. "Because of security issues for corporations and investors, mobile is not as applicable in wholesale spaces yet," she notes. "But it's much more prevalent in the consumer and wealth management spaces."

Bessant cites the emergence of mobile card swipe readers as a "game-changer" in the way consumers shop and how banks serve their customers. Noting the prevalence of devices from Square and other companies, Bessant says, "The only place we need cash is for gratuities. It's changed our businesses; we have an entire business that exists to go and sell card swiping devices and clear payments."

Bank of America also is embracing tech trends not only being driven by its customers, but by its employees, too. Bessant says the bank is embracing the "bring your own device" trend of employees using their own technology for work purposes. She notes that while many BofA employees already use their own mobile devices for work, an official BYOD policy has not been instituted across the entire organization -- yet.

In general, as the BYOD movement continues to gain traction in corporate America, Bessant says, she expects to see a trend toward "dumb smart devices" -- that is, devices that can access and use company data but not store it.

Since technology pervades almost every aspect of bank operations, Bessant emphasizes, she doesn't expect things to slow down any time soon. Because of the rapid rate of technological advancement, she says, "The game is really changing -- not just for our customers, but in how we do business."