Regulatory reform changes and legislative pressures will be the biggest barriers to growth during the next year, according to a majority of bank executives who participated in a survey by tax, audit and advisory firm KPMG.

The KPMG Banking Outlook Survey was conducted in May and polled 100 senior executives in the banking industry. Sixty-nine percent of respondents identified regulatory and legislative pressures as the most significant barrier to growth over the next year, while 43 percent said that bank management will be spending most of its time and energy on initiatives related to increasing operational efficiency and reducing costs in the next two years. 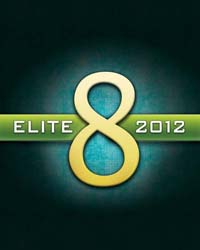 Each year, the editors of Bank Systems & Technology recognize eight bank technology executives based on their accomplishments, leadership and vision. This year's Elite 8 will be honored at BS&T's 2012 Executive Summit, to be held Sept. 30-Oct. 3 at The Royal Palms Resort & Spa in Phoenix, Ariz.

"Banks are still in recovery mode after the financial crisis and coming to grips with the new regulatory environment in which they now operate, which is impacting revenue and driving up compliance costs," said Brian Stephens, national leader of KPMG LLP's Banking and Capital Markets practice. "The new normal for the industry seems to be slow and steady growth as banking leaders streamline costs and evaluate strategies to drive future revenue."

According to the KPMG survey, banks are anticipating modest headcount gains in the year ahead, with 39 percent adding to the payrolls and 32 percent reporting a plan to cut jobs. According to Stephens, hiring will pick up more firmly when business conditions improve and loan demand picks up. In the past year, 44 percent of the banking executives who were surveyed said they reduced headcount while only 31 percent said they added jobs.

A year from now, 6 percent of respondents expect revenue to be significantly higher with the majority -- 69 percent -- eyeing moderate revenue growth.

When asked to identify the three areas where their bank would most increase spending over the next year, 58 percent of the survey respondents said information technology would be that area, followed by new products or services (37 percent), acquisition of a business (32 percent), and business model transformation (20 percent). Among those respondents who said their bank had significant cash on its balance sheets, the most likely time frame for investment was this year (39 percent) or next year (40 percent), while 21 percent said 2014 or later.

Platform simplification was identified by 58 percent of the banking executives as the most important IT-related project for their bank in the next year, followed by mobile payments (39 percent), leveraging data more effectively for regulatory requirements (38 percent), and creating an integrated view of customer accounts (37 percent).

According to the KPMG survey respondents, the biggest drivers for revenue growth over the next one to three years will come from traditional services such as loans, savings and mortgages (56 percent), cross-selling services (42 percent), and asset and wealth management (40 percent).