50%
Tweet
The project is a partnership between JPM Chase and the King family to digitize and preserve over a million documents from King's personal library, and from other leaders of the civil rights era. 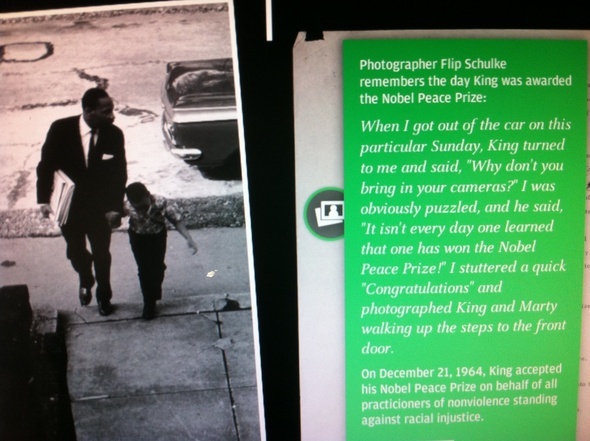 A photograph of King the day he learned he had won the Nobel Peace Prize on Dec. 21, 1964.