50%
Tweet
Woetzel leverages learning from manufacturing industry to create a well-oiled IT department at the bank. 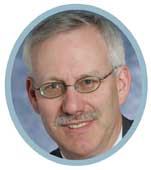 Kurt D. Woetzel, CIO & Senior Executive Vice President, The Bank of New York
For Kurt Woetzel, CIO & senior EVP with The Bank of New York, financial services IT is a dynamic being, and the only way to stay ahead of the curve is to constantly adapt. He explains how technology is exposing banks even more to their customers, further emphasizing the import of taking a proactive stance to IT within the organization.

When KURT WOETZEL came to The Bank of New York 21 years ago, he knew little about the financial services industry. "I sometimes joke that I used to think a bill was something you paid and a bond helped you get out of jail," he recalls. "I didn't know these were financial instruments."

Instead, Woetzel brought his IT expertise to BofNY ($109 billion in assets) as well as a strong background in manufacturing.

Involved in information technology his entire career, Woetzel says, he fell into financial services by accident. In the '70s he began working in the manufacturing industry, but later left to start his own company, a software firm that catered to small manufacturers. Eventually, Woetzel says, he decided to move back to New York where he grew up. Armed with his combination IT/manufacturing background, Woetzel took a position with BofNY in 1985. "Manufacturers are very process focused," he says. "This was very helpful for me as I started my career in financial services."

His unique experience enabled Woetzel to bring a new perspective to his duties at the bank. For instance, he offers, not only does he oversee IT for the entire firm, he also heads BofNY's newly created Office of Innovation, which focuses on bringing new ideas to the table to help the bank create additional revenue opportunities. After all, Woetzel notes, if there's one thing manufacturers know, it's that they must innovate or die.

And Woetzel holds fast to the philosophy, making him well-suited to his role in the innovation office. "You need to focus on how you can improve your process either for yourself or for the organization," he asserts. "You have to continue to reinvent your approaches because the competition will catch up. Don't stand still."

Woetzel also understands that good ideas come from all directions, provided one listens carefully enough to what others say. "I don't have a monopoly on good ideas," he states. To achieve the firm's goals, Woetzel's people need to operate like a well-oiled machine, he says. Woetzel expects his workers to be involved and helps foster an environment that allows them to voice their ideas and ask questions. "You want to make people understand what makes them drive the business model and get them involved. I give them visibility," Woetzel explains. "Folks all the way down the ranks can get in front of senior people, all the way to the chairman, on a regular basis. Give them the right tools for success. This motivates them."

In general, Woetzel adds, he strives to create an IT department that can anticipate changes to the bank's needs and meet them head-on. "I want to create an organization that's flexible enough and in lockstep with the business model we have," he explains. "I want a proactive technology organization that's ahead of the curve instead of reacting to where the business is going. People call it flexible manufacturing in the manufacturing world. This is about being in lockstep with the dynamic of the business, whether on the software development side or my technical infrastructure."

So what makes Woetzel's job much more than the ordinary daily grind? Operating within the nerve center of the bank, he relates, keeps him motivated. Knowing that he works "at the heart of what drives the success of the firm and working with the best and brightest technologists is pretty exciting," Woetzel says.

The Bank of New York

Years in Current Position: 2 months as head of Office of Innovation; 5 years as CIO

Recent Reading: "The Eye for Innovation," by Robert Price