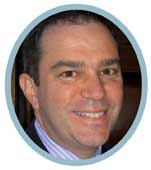 Mark La Penta, CTO and COO for Insurance giant MetLife's new bank, talks about his role in MetLife Bank's quick success. He also speaks of the role "strategic incrementalism" will play in the future of financial services IT.

Working with technology has always been second nature for Mark La Penta, although he's quick to point out that he was "never the pocket-protector type." After taking a high school computer science class in 1974, La Penta says he knew that he had found his calling.

Fast forward 30 years, and the passion La Penta had for IT is still evident when talking to him. "What really keeps me going 29 years in the field is that I just don't think the job is done," he says. "The promise of IT delivering business value existed in 1977 when I started [as a computer programmer trainee at a bank], and I still think there's potential for that in 2007," La Penta continues. "The evolution of technology still fascinates me."

So it is not surprising to find La Penta, now CTO and COO of newcomer MetLife Bank , with the unique task of helping to build out a new business line within a financial giant. The new bank, which began limited operations in 2001 and opened its doors in early 2003, is part of the larger MetLife (New York) insurance enterprise and an even bigger picture. And La Penta finds this challenging opportunity to be the most enjoyable part of his position, he says.

"If you look at where we are in 2006, the progress and the maturity level achieved in that time frame has been tremendous," La Penta says. "And while I was hired as CTO and gained the COO position later, I was always given a seat at the strategic table as a proactive partner -- I was not viewed just as the technology representative," he adds. "I really enjoy this build-out opportunity."

Though MetLife Bank has proven its mettle in just a few short years, building $7.2 billion in assets, La Penta acknowledges that being a part of an insurance company comes with a whole new set of challenges. For example, the bank is tasked with supplying the insurance agent force with new customers. But, La Penta says, he is confident that this is a job MetLife Bank is prepared to tackle. "Our goal -- at which we've been getting better and better -- is to have the organization cross-sell into the traditional MetLife protection products," he says.

While acknowledging improvements in areas such as cross-selling, La Penta admits that heading up the IT organization at a start-up bank such as MetLife can be stressful at times. "What keeps me awake at night is figuring out how the bank can fulfill our mission and continue to be of strategic and growing value to the organization," he says.

And that is where the advantages of MetLife Bank's relationship with the insurance company come into play, particularly on the IT side. "Leveraging some of the enterprise solutions of an insurance company toward bank goals [e.g., leveraging the MetLife call center solution] is unique," La Penta says. MetLife Bank also is able to use modeling software available via MetLife's investment division, which manages nearly $300 billion a year, La Penta estimates. "We're able to use some solutions that are not commensurate with our size," he says. "It's kind of like buying a token for a ride on the bus as opposed to having to invest in the whole bus."

Years in Current Position: CTO since he started with MetLife Bank; COO title was added in November 2005

Size of IT Department: 40