50%
Tweet
Shearan shows the value of people in the bank's IT efforts. 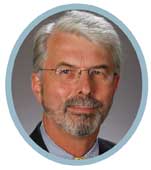 Kevin L. Shearan, EVP & CIO, Mellon Financial
As Kevin Shearan, EVP & CIO with Mellon Financial, nears his one-year anniversary as the top technology executive at the Pittsburgh-based financial services firm, he shares with BS&T his reflections on transitioning to such a key role. He also talks about the growing importance of market confidence and client integrity in a security-conscious world.

KEVIN SHEARAN, it seems, was destined from an early age to become a financial services industry executive. At 16, a relative sponsored him for a job as a computer programmer at a U.K. finance company, and his career pretty much took off from there. Presently, Shearan oversees all things IT at Pittsburgh-based Mellon Financial Corp. ($738 billion in assets).

As he looks back, Shearan says, he thinks he's held almost every basic IT-related position throughout his career. "What's important," he notes, "is that the fundamentals haven't changed. As CIO, it doesn't matter which technology discipline you're discussing -- I at least have a basic understanding of it."

Shearan predicts that in the near future there will be fewer technology executives with this generalized knowledge, however. "I think with most of the generations now, people are very specialized," he says. "It will be quite tough [for these people] to run a multidiscipline [technology] organization."

Be that as it may, IT always will offer a different perspective at the board table. "I tend to be more neutral than the individual lines of business executives -- I'm a bit of a devil's advocate," Shearan explains, adding, "Technology has a very appropriate seat at the table."

In light of this, it is important to Shearan to make his IT people "the ultimate consultants" to the rest of the firm. That is why, he relates, it is critical to drive into the IT workforce the importance of understanding the whole business, not just the technology aspects. "I have to make sure the tech guys think in business terms," explains Shearan. "This is an ongoing thing because of the natural tendency to think inwardly in IT."

To accomplish Mellon's aims, Shearan gives his people as much leeway as possible to do what they need to do. Just as IT enables the rest of the company's staff to perform their jobs, so, too, does Shearan act as an enabler to his IT staff. "My role is around helping people think differently. Our goals have to be meaningful and at as high a level as possible," he says. "I have confidence in people's abilities if we have a shared view of where we need to go."

In the end, according to Shearan, it's the employees and how he as a manager relates to them that make the difference. "You have to have the right people, the right environment and the right relationship" to make it work, he explains. "Technology is a people business, just as financial services is a technology business." Shearan even went so far as to move all of his IT executives to one floor with an open plan so they could collaborate more easily.

Although some of his penchant for people is innate, Shearan attributes a large part of his management style to someone he worked for at another large financial institution. This particular executive was "personable, fair and good fun," he recalls. "She showed you can be good at your job and enjoy working with people, too."

Size of IT Department: 2,800 globally