50%
Tweet
It wasn't the easiest of acquisitions, but now that Wachovia is officially part of Wells Fargo, the heavy lifting has only begun for IT.

It really was the acquisition that almost wasn't.

When Charlotte-based Wachovia ran into trouble last year due to bad mortgages, New York's Citi swooped in and offered to rescue the beleaguered bank, with some help from the FDIC. Citi would have been protected from some of Wachovia's loan exposure through an arrangement with the regulator.

But then, in a surprise twist, San Francisco-based Wells Fargo galloped onto the scene and made a bid for Wachovia -- one where it did not plan to rely on federal assistance and where it would keep Wachovia’s business units intact, something which Citi did not plan to do.

After a lot of courtroom and boardroom back-and-forth, Wells Fargo was given the go-ahead to acquire Wachovia, Citi having backed, in part, down due to second thoughts regarding Wachovia's loan portfolio. What resulted was a combination that would bring customer service excellence together with cross-selling know-how. 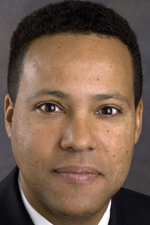 In this special report, BS&T provides some insight into the technology migration, courtesy of Wells Fargo’s Martin Davis, who is leading the integration effort.

And for further information on the history of the events leading up to the union of the two coastal banking giants, see our timeline of coverage below.