50%
Tweet
Banks ignore social media at their own risk. But effectively taking advantage of the ever-growing channel requires more than just setting up a placeholder presence — it requires true engagement and authenticity.

Social media has revolutionized the ways companies engage with their customers. Facebook, Twitter and the countless other social networking sites provide all businesses, perhaps especially banks, a unique opportunity to listen to what consumers are saying about their brands — and to respond almost immediately. But among other social media pitfalls, financial institutions must be careful not to try to control the conversation and censor those who level criticism toward them, as social media missteps can lead to PR disasters.

Banks, however, may be a little too cautious in approaching social media, often failing to embrace the full benefits, says Steve Ellis, a partner with New York-based research and consulting firm Change Sciences Group. According to the firm’s recent report on banks’ use of social media, too many banks merely have “placeholder” presences on social media sites, or they have set up auto responses to customer queries rather than have staff answer them personally. 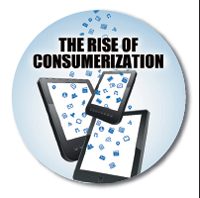 This is a grave misstep, says Ellis, because a bank can use social media to completely reinvent its brand, especially important given the poor public perception of financial institutions embodied in movements such as Bank Transfer Day and Occupy Wall Street. “There has to be a top-down, concerted effort in financial institutions to approach social media as just another channel through which they can interact with customers,” Ellis says. “Social media is just as important as the branch and call center channels, and in many ways more important since it’s so public.”

It’s exactly because of that very public nature of social media that banks must get it right, says Cathy Bessant, global head of technology and operations for Charlotte, N.C.-based Bank of America. Social media and technology "have given the consumer an incredible voice, and the ability to communicate directly with a CEO or board of directors," she adds. "When there’s a teller or other human interface with the customer, often they can navigate a system issue so that the customer is never even aware of a problem. With e-channels, the customer impact is immediate," Bessant continues. “There’s no way to correct a problem before the customer sees and experiences it. We have to get it right the first time.

"There’s tons of opportunity, for both the banks and the customers," she adds. "The only question is how to harness it."

Change Sciences’ Ellis believes the best way for banks to harness social media is to "create and engage in social media communities and help the bank solidify its image of being a trusted financial partner." Sharing helpful information — a personal financial management tool or a tip on how to better save money — is a simple example, he says.

But Ellis recommends banks go further, actually opening up their products to online user reviews, though he acknowledges most financial institutions are not inclined to do this. “Most banks don’t want to open themselves up to that,” he says. “There’s a real fear there, and it shouldn’t be that way.”

Of course, there are exceptions, Ellis notes. Ally Bank, a subsidiary of Ally Financial ($185 billion in total assets) in Detroit, for example, created a temporary Facebook presence called “Ally Idea Share” that asks consumers for thoughts on how to make certain banking products better. And Barclaycard US, the American payments arm of London-based Barclays (US$2.5 trillion in assets), made news in March when it announced that it was releasing a credit card designed and built using community crowdsourcing.

Dubbed the Barclaycard Ring, the MasterCard-affiliated product, which debuted in April, is Barclays’ first foray into the U.S. card market. Barclays collected information about which features the card should have via Twitter, Facebook and Google+, in addition to through its own dedicated website.

According to Paul Wilmore, managing director of consumer markets for Barclaycard US, the bank will be engaged with this online community of card members well beyond the initial stages of product design. Cardholders of the Barclaycard Ring, he says, will be akin to shareholders, and they will be able to weigh in on future matters relating to the card. For example, Wilmore notes, the card has an introductory APR of 8 percent — if card members were to raise concerns about late fees, they could vote to reduce late fees but increase the APR slightly.