50%
Tweet
On the way to growing its mobile banking customer base to more than 1 million users, Bank of America has successfully addressed a number of technological, cultural and marketing-related issues.

Lance Drummond is the global consumer and small business banking e-commerce/ATM executive at Charlotte, N.C.-based Bank of America. Drummond manages the consumer online bank, which has more than 22 million subscribers and 11 million bill payers. He is responsible for growing online customer relationships, generating online sales and providing more-efficient processes that leverage the Internet. He also is responsible for delivering capabilities across the bank-owned network of more than 17,000 ATMs. Previously, Drummond was the service and fulfillment operations executive for Bank of America's global technology and operations. 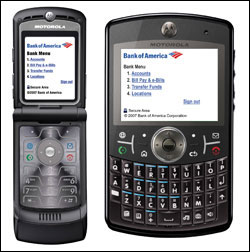 Figure 1. Most wireless devices on the market are different from one another, and new technologies are being introduced faster than efforts to standardize.

As banks search for new delivery channels for their products and services, mobile banking has come to the forefront as one of the leading candidates. Why? According to George Tubin of TowerGroup, in his November 2007 report "Bank of America Drives a Half-Million Customers to Web-Based Mobile Banking," "Approximately 213 million U.S. wireless subscribers have mobile Internet capability on their devices (about 86 percent of the 249 million total wireless subscribers)."

For customers, mobile banking offers improved and convenient access to their account balances and transactions. For banks, it offers a way to strengthen existing customer relationships and expand into more-profitable areas, such as payment and trading revenue. For others in remote locations with bad roads and/or inaccessible landlines, it substitutes for travel to the local branch, access to personal accounts and the marketplace, and an easier way of doing business overall. For these reasons and others, TowerGroup reports in the same study, "By year-end 2008, 100 percent of the top 10 banks in the United States will launch a mobile banking platform."

At Bank of America, we began investigating the viability of mobile banking as early as 2005. Based on a favorable evaluation, we decided to move forward with the development and launched our first mobile banking platform nationally in May 2007.

To better manage costs and include as many customers as possible, we opted to develop an in-house mobile browser as our technology solution. The choice turned out to be a good one. Within the first six months, we had secured more than 500,000 active users, and that number has since increased to more than 1 million users as of early July 2008.

Nationwide, mobile banking is being widely adopted across the Bank of America footprint. Metro locales that skew toward high mobile phone usage rank among the fastest adopters of Bank of America's mobile banking service (see table). Almost all of our mobile banking customers use the service to view account balances, eight in 10 review transactions, while four in 10 use their handhelds to transfer funds or pay bills. Two-thirds of our mobile bankers are under 35 years old, and four out of five are under 45 years old, as Gen Y and Gen X consumers who have embraced mobile Web technology are similarly driving mobile banking usage. Frequency of use by our active users continues to increase monthly, with more than 4 million account sessions in May 2008 alone.

In hindsight, it's not overly surprising that mobile banking was so quickly embraced. Certainly, with all the wireless users in the United States, the potential market was there -- we just had to figure out how to tap it. Customers enjoy the freedom of using their wireless devices anytime and anywhere, and they seem genuinely pleased to experience 24/7 accessibility to their account balances and transactions. Moreover, it offers a great alternative to those customers who reside in remote areas, where a mobile platform offers a better alternative than a fixed line.

At the same time, our institution has also benefited from the mobile banking channel. We have found that it has helped deepen our customer relationships due to the added value our service provides. We strongly believe this level of service will be hard to duplicate elsewhere and will be a key differentiator in helping us retain customers going forward. As we further develop our mobile banking channel, we also anticipate leveraging it for greater product opportunities.

Our initial successes did not come without difficulty. We spent a great deal of time wrestling with a number of technological, cultural and marketing-related issues. To illustrate this point, here are some of the key lessons we learned and the challenges we have yet to face going forward:

Information Security. Perhaps the biggest challenge in mobile banking is protecting a customer's financial information over the air and on handheld devices. For example, a secure mobile banking infrastructure requires (1) security for the handheld device, (2) security for the application running on the device, (3) authentication of the device with the service provider before initiating a transaction, (4) ID/password authentication of the customer, (5) encryption of the data being transmitted over the air, and (6) encryption of the data that will be stored in the device for later review by the customer. Clearly, it is a complex process. At Bank of America, we use a number of security technologies (key among them, SiteKey) to provide security via the mobile channel, so that accessing online banking via one's home computer, work computer or mobile phone is consistent -- and just as secure.