To read more on this topic, visit BS&T's Mobile Banking Resource Center, the top resource for making sense of the m-banking business.

Brandon McGee, the industry's unofficial ambassador for mobile banking, says, "The biggest change in 2008 is that adoption has really taken off." McGee, senior product manager for mobile banking with Columbus, Ohio-based Huntington Bancshares ($56.1 billion in assets) and a mobile banking blogger increasingly cited by the press, adds that m-banking is "booming."

Banks view mobile banking as a tremendous opportunity, as the channel potentially offers new revenue streams from mobile payments; new marketing and service opportunities, including text alerts; and better hooks into the unbanked as well as existing customers. 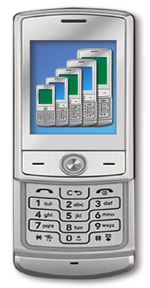 McGee says Huntington's June 30 launch of m-banking, for example, "exceeded our wildest expectations." "The number of users we had after four weeks was our goal for after eight months," he reports. And through his blog (www.brandonmcgee.blogspot.com), McGee relates, he hears similar tales of success from other banks.

New York-based Citi ($2.1 trillion in assets), which has six million retail customers in the U.S. (compared to Huntington's one million), also expects m-banking to be huge. In fact, the banking giant is set to launch a new subsidiary next year to facilitate its m-banking service and serve as a vendor to the industry.

Steven Kietz, EVP of Citi and head of its new unit, Mobile Money Ventures, points to the acquisition of Firethorn, a leading m-banking vendor out of Atlanta, by San Diego-based Qualcomm last November as indicative of the industry's great expectations for m-banking. Qualcomm paid $210 million for a company with "less than two years' " experience in m-banking and which had "negative revenue," he says. It "seems like a good precedent," Kietz adds wryly.

"Mobile banking's going to happen much faster than previous technologies," he continues. "M-banking will happen in three years, whereas Internet banking took 10."

But Emmett Higdon, a senior analyst with Forrester Research (Cambridge, Mass.), is a lone voice among analysts and bankers in dismissing as "abysmal" the same m-banking growth Huntington's McGee sees as "booming." Based on a Forrester survey of 5,000 U.S. consumers in mid-2008, there has only been an increase of 1 percent, to 5 percent of the online banking population, in the use of m-banking since the end of 2006, when Forrester conducted a similar study.

An excerpt from the study and McGee's rebuttal are posted on McGee's blog. In essence, McGee says of Higdon's comments, "He's saying m-banking will be successful at 20 percent [adoption by 2011]; we're saying it's successful at 5 percent." According to McGee, within months of launching an m-banking offering, many banks have exceeded their target of 3 percent to 4 percent adoption by their online households (not individual customers) within the first year.

The No. 1 reason consumers polled by Forrester gave for not using m-banking, according to Higdon, was, "My needs are not that urgent" (i.e., they can wait until they get home or otherwise have access to a PC to conduct their banking); No. 2 was, "I don't see the point." But more on that later.

Despite the banking industry's unfolding financial difficulties from unpaid mortgage loans, not one source contacted for this article was aware of any bank cutting back on m-banking -- perhaps perceived as more of a luxury than a necessity. "That's a pleasant surprise because six to nine months ago that was a concern," Huntington's McGee notes. But, he adds, "You might not see as many press releases because larger banks are guarded now."