50%
Tweet
Banks that fail to provide a seamless, singularly branded experience across all customer touch points risk alienating a new generation of customers. Here are some tips on developing a delivery strategy for a world without distinct channels.

We live in an age when consumers can purchase most goods via a smartphone while sitting on their couches, and customers expect to be catered to by the companies with which they do business. As a result, it is imperative for all businesses, including banks, to make it easy for customers to interact with them. 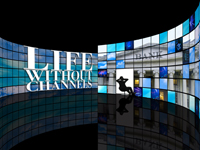 Long Live the ATM: Automated Teller Machines Are Still An Important Delivery Channel for Banks
Improving the Bank Customer Experience Through Cross-Channel Integration: Q&A With Umpqua's Colin Eccles
Segmentation Can Help Banks Find Tomorrow's High-Value Customers Today
In fact, in many ways it is even more important for banks to offer consumers a simple, streamlined experience. Between mobile, online, in-branch, ATM and call center banking — just to name a few delivery channels — there are many ways customers can interact with their financial institutions, and they expect those interactions to be smooth and effortless, regardless of the various touch points.

Many banks, however, fall short when it comes to offering their customers a seamless, integrated channel experience. Often, a transaction that is begun on a tablet, for example, can't be completed in the branch or via a call center. And for a consumer who's conditioned to ease of use and convenience, that can be a dealbreaker.

The key for banks is to be able to monitor customer activity across channels and to develop a strategy for selling across channels, says Peter Wannemacher, an analyst with Cambridge, Mass.-based Forrester Research. Unfortunately, he notes, many banks have an "internal political organizational issue" that often gets in the way.

"There are silos internally and questions about who owns what and a lack of communication," Wannemacher explains. "The digital and traditional channels are in some ways fighting for the same meat here, and that really is an issue. It's a legacy issue, and that's a daunting task to fix."

Wannemacher advises banks to start with a simple approach to channel integration, a process he calls "channel pairs." This consists of reviewing customer behavior to determine the most common channel transactions that occur. For example, he says, customers who primarily interact with a bank via the mobile channel often use the ATM as their second channel, perhaps because they were looking for ATM locations on a mobile banking app. Banks can cater to this behavior by concentrating on integrating those two channels better.

"This idea is oversimplified a bit, but it's a good first step," Wannemacher says. "It can be an opportunity to start simple and learn a lot."

Measuring customer interaction across many channels is a more difficult proposition for banks, Wannemacher acknowledges, due to the intensive data management required to track this information. "The data itself is hard to come by," he says. "And to get it perfect, you'd have to invest tens of millions of dollars."

But banks have to start somewhere, Wannemacher stresses. "Banks risk their relationship with a customer by not having a good channel strategy," he says.

Fifth Third Bank ($116.7 billion in total assets) is among the institutions that have embraced data analytics to track channel usage. The Cincinnati-based bank established a "Center of Excellence in Analytics" that helps it develop propensity models and target markets based on its knowledge of the customer, according to Todd Clossin, EVP and chief administrative officer for Fifth Third.

"From a customer service perspective, we strive to make sure that customers have a positive experience no matter what channel they utilize at the bank," Clossin says. "With the emergence of new technologies, customers are savvy — if there is an inconsistency between channels, they notice, and it can affect the overall customer experience."

Clossin says Fifth Third's research indicates that customers who use mobile banking are the most likely to engage the bank through all of its delivery channels. And while they currently comprise only about 10 percent of the bank's customer base, the number of mobile banking users is growing rapidly, making channel integration an all-the-more-important task, he adds. "This customer base is active," Clossin notes.

Joseph Robinson, EVP and CIO of Fifth Third, adds that the bank made the decision several years ago to integrate all of its channels from an operations standpoint. "This way the appropriate information across customer channels is the same," he says. "How data is presented is consistent no matter what channel a customer uses. It is essential for banks to achieve seamless channel integration."